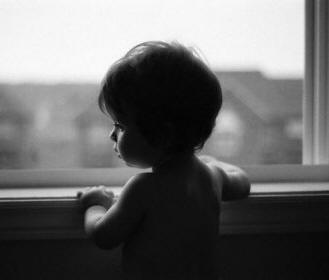 It is not the trauma we suffered in childhood that make us emotionally ill, but the inability to express them.

As much as it is spoken today about this, the fact is that those who suffered sexual abuse in childhood feels very difficult to talk about what happened. Dealing with sexual abuse is not easy. We live in a society that still denies and/or doesn't concern, even if the abuse is within the family, and which, unfortunately, happens most of the time.

On the other hand, we have parents who omit this, even when they hear his own son's outburst and do nothing about; and even more absurd are the professionals who claim that it is a fantasy and the brainchild of the reporter. Whatever the occupational area, to deal with the pain of a wounded child, you must have already contacted with the child itself, and like most do not, can not validate the pain of someone else. All this leads to a trauma again, i.e. It is a trauma upon another one. For Ferenczi, the psychic trauma comes not only from the traumatic event itself, but mostly indifference of adults toward the child suffering. And being adults now, we continue to treat the child we were someday with the same indifference, so, it will seek to do this in some way, usually by physical symptoms.

We know that sexual abuse often happens in secret. Too often, the adult offender requires that the child be complicit in an unconscious pact of silence by threatening it of punishment, even more if it tells someone about that; thus it will be making a fear that paralyses it toward the possibility of asking someone for help.

Silent parents claim that they did not know how to act, because some were abused when children too, and had to keep silent. Others, on behalf of maintaining a happy family, keep the secret, no matter how much is the pain and consequences of those who feel, believing that if they don't speak about will no longer cause sequelae. Anyway, the silence on either side, either the parents or adults who have experienced childhood abuse, anything will help. It only brings more suffering than the other abuse has caused.

We must understand that for the more repressed and/or denied what happened in childhood, as if nothing had happened, the more will be to repeat past patterns, leading to more pain and suffering.

What is sexual abuse?

Hearing testimonies from others who express their pain to talk about the abuse they suffered as children, having the shame and guilt as the consequences for a lifetime, deeply touch who lived some abuse as a child, because they identify with their history, and often they fell encouraged to break the silence and express their pain suffered for many years, which often are expressed by the symptoms of body language.

Sexual abuse, as well as the emotional and psychological abuse, leave many sequels. Victims of sexual abuse have many consequences, at any age: childhood, adolescence and adulthood. Most have intense feelings of helplessness, shame and guilt that can persist for many years, lasting throughout life, hence the importance in doing psychotherapy/analysis process.
Too often people do not associate the symptoms in adulthood as a result of sexual abuse in childhood, so many do not seek professional help. Still others do not seek help due to lack of awareness of what happened during childhood or adolescence. A professional with experience in childhood trauma will be able to identify.

Stop! Reflect on your life, ride your puzzles and list all what you lived and are living, trying to fit the pieces. Some people remember what happened to them, others have no memory, but only symptoms, some the same he had as a child. Often, even if you continue denying what happened in your childhood, you may have dreams of scenes that you lived and repressed, but even relates. This denial is usually the case, because who suffered sexual abuse also suffered threats, where it was forbidden to express any feeling, generating only fear and increasingly silence.

As an adult, the child will continue having great difficulty expressing his feeling, among them, to tell his history because learned early not to express. The child learns that inevitably have to be quiet, especially if it is the father who abused or were a very close person. Also can not even think about the possibility to tell her mother, because he feels afraid of disappointing her and so lose her love, even if it is only an illusion that love. All this happens as a way to survive when a child, but as an adult an help can be got. Therefore, it is needed to prepare your history to achieve a renouncing of illusions and so to see the truth of the ill-treatment consequences.

Parents who do not know what to do about the discovery of abuse who suffers a child, should certainly seek professional help, the same goes for adults also, who were silent for so many years and were alone so long with their pain.

In case you want to read about the consequences of child sexual abuse in childhood, the factors that determine the consequences of sexual abuse and so on, please visit:
https://rosemeirezago.com.br/abusosexualinfantil/ (Portuguese content)
Or you can see the film "A Mothers Revenge" on that page.
And you can understand how unconscious memories are present: link (Portuguese content)