“When one doesn’t want to, two can’t fight”

“When one doesn’t want to, two can’t fight” goes the popular saying. But how do you live with a person who always wants to fight?

There are people addicted to anger: they only manage to organize themselves after an emotional explosion.
In our competitive society, the angry are seen as strong people and the depressed as weak people. During the 1970’s, anger was considered a sign of mental health. The feminist movement incentivated women to “get in contact” with their anger as a form of liberation. The technique of punching a pillow, is still seen by many as a healthy way of letting out negative feelings. However, discharging the anger brings only momentaneous relief as the act of repeating anger reinforces your negative impulses. In expressing anger, we learn more and more about how to be angry!

In using others more and more so as to distance themselves from their own shadow, they become weak.

On the other hand, they who don’t want to fight are decided on taking care of their own pain. Choose to elaborate it. This doesn’t mean to become passive when confronted by aggression, but rather, to be assertive. The clarity that the other is being unjust, inadequate or abusive will guide them in their manner. They will have to place themselves before the assailant, so that they can put limits to protect themselves.

However, those who grew up in aggressive environments, serving as the Target for random projections of anger and frustration, can easily feel as the victim to blame.
If the truth be known, they were so conditioned that “if they” behaved themselves as they had been told, “all would calm down”. Those who live under the dictatorship of a violent and bad humored person know just what I’m saying!

Everyone suffers under the dynamic of anger. A person who lives bad-tempered, can be correctly interpreted as being egoistic, narcissistic or immature, but it is to no avail complaining about their lack of abilities unless their suffering is also recognized as part of their necessities. Everyone needs help. The challenge is to look for it in the right places and with the right people...

Many times, the aggressive person doesn’t want to cause suffering to the other, but rather, that they, assume part of the responsibility for their suffering. The bad humor and anger leave them blind. That’s why it is perverse: it only seeks to destroy. As long as a person is reactive, there is no way to help them. It’s necessary to wait for a receptive opening. So, when you lose contact with the internal world, nothing from the external world is capable of truly transforming us. Without receptivity there is no empathy: those who feel anger see others just as objects onto which they can unload (at least momentarily) their discomfort.

Constant bad moods, explosions of anger and the lack of control of impulses are the symptoms of various mental disorders. Among them is Intermittent explosive disorder: due to an imbalance of serotonin and testosterone in the brain, the person explodes in an exaggerated way in relation to the cause. In another article we can better explore the biology of anger. For now, it is important to highlight that during this disturbance everyone suffers and each one knows how!

But how can we strengthen ourselves so as to not become easy prey for random anger?

As we get to know the mechanisms of attack of the aggressor we can create mechanisms of protection. Keep in mind that the objective of who is aggressive is to unstabilize you! However, don’t give them the role of being someone who is capable of judging you properly as they will corner you, highlighting only your weaknesses until you loose sight of your potential strength.

During a conversation, if the focus isn’t directed towards a solution to the problems, but instead, towards your weak points, remember what’s happening, is a power play. What started as a conversation now became a discussion. So remember: a personal attack is the last tactic of who is loosing in a discussion. The one who has no more logical arguments, becomes gross. Even if they don’t show it, they are afraid and defenseless, that’s why they will attack before being attacked.

The best thing is to get out, as without receptivity, positive transformations can’t happen. At these times it is better to think and (if possible) to say: “There is no sense to this discussion; like this we have nothing to say. The situation is already bad enough, in this way it will only get worse. When we manage to focus on how we get to a better situation, I’ll talk again”.

We should listen to and register what the other says to us in anger, but we will need to recuperate our calm to be able to reflect properly. In this sense, it’s better to avoid putting an extra weight on ourselves. If we are already feeling weak or just too tired to reflect, we need to respect ourselves.

Knowing our limits and our resources is the job of a lifetime. If we stay too much time within our inner circuit of negative emotions, we will intoxicate ourselves. Locking ourselves up because of a posture of self-condemnation will only increase the sensation of loneliness, suspicion and insecurity. One time, Lama Michel Rinpoche said: “when we are under pressure, we need to start by taking the random expectation off us, and cultivate an honest relationship with our own expectation”.

Try to unwind. Our mind needs space to reorganize itself. If you don’t know how to do it, find help from those who have already gotten over similar situations. As Lama Gangchen Rinpoche tells us: “Work to maintain your inner smile. When others flood you with negative information, don’t drink in their energy: It damages the body as much as an intoxicating substance”! 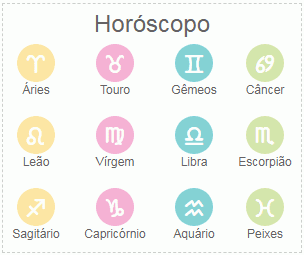